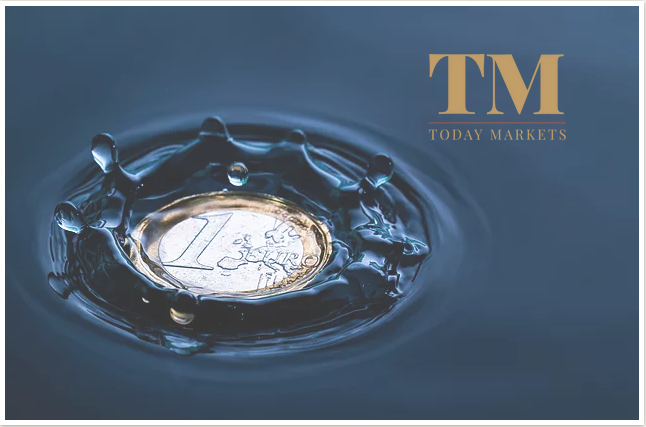 Deciding how and what to hedge requires a company-wide look at the total costs and benefits.

Hedging is hot. Shifts in supply-and-demand dynamics and global financial turmoil have created unprecedented volatility in commodity prices in recent years. Meanwhile, executives at companies that buy, sell, or produce commodities have faced equally dramatic swings in profitability. Many have stepped up their use of hedging to attempt to manage this volatility and, in some instances, to avoid situations that could put a company’s survival in jeopardy.

When done well, the financial, strategic, and operational benefits of hedging can go beyond merely avoiding financial distress by opening up options to preserve and create value as well. But done poorly, hedging in commodities often overwhelms the logic behind it and can actually destroy more value than was originally at risk. Perhaps individual business units hedge opposite sides of the same risk, or managers expend too much effort hedging risks that are immaterial to a company’s health. Managers can also underestimate the full costs of hedging or overlook natural hedges in deference to costly financial ones. No question, hedging can entail complex calculations and difficult trade-offs. But in our experience, keeping in mind a few simple pointers can help nip problems early and make hedging strategies more effective.

Too many hedging programs target the nominal risks of “siloed” businesses rather than a company’s net economic exposure—aggregated risk across the broad enterprise that also includes the indirect risks. This siloed approach is a problem, especially in large multibusiness organizations: managers of business units or divisions focus on their own risks without considering risks and hedging activities elsewhere in the company.

At a large international industrial company, for example, one business unit decided to hedge its foreign-exchange exposure from the sale of $700 million in goods to Brazil, inadvertently increasing the company’s net exposure to fluctuations in foreign currency. The unit’s managers hadn’t known that a second business unit was at the same time sourcing about $500 million of goods from Brazil, so instead of the company’s natural $200 million exposure, it ended up with a net exposure of $500 million—a significant risk for this company.

Elsewhere, the purchasing manager of a large chemical company used the financial markets to hedge its direct natural-gas costs—which amounted to more than $1 billion, or half of its input costs for the year. However, the company’s sales contracts were structured so that natural-gas prices were treated as a pass-through (for example, with an index-based pricing mechanism). The company’s natural position had little exposure to gas price movements, since price fluctuations were adjusted, or hedged, in its sales contracts. By adding a financial hedge to its input costs, the company was significantly increasing its exposure to natural-gas prices—essentially locking in an input price for gas with a floating sales price. If the oversight had gone unnoticed, a 20 percent decrease in gas prices would have wiped out all of the company’s projected earnings.

Keep in mind that net economic exposure includes indirect risks, which in some cases account for the bulk of a company’s total risk exposure.2 Companies can be exposed to indirect risks through both business practices (such as contracting terms with customers) and market factors (for instance, changes in the competitive environment). When a snowmobile manufacturer in Canada hedged the foreign-exchange exposure of its supply costs, denominated in Canadian dollars, for example, the hedge successfully protected it from cost increases when the Canadian dollar rose against the US dollar. However, the costs for the company’s US competitors were in depreciating US dollars. The snowmobile maker’s net economic exposure to a rising Canadian dollar therefore came not just from higher manufacturing costs but also from lower sales as Canadian customers rushed to buy cheaper snowmobiles from competitors in the United States.

To identify a company’s true economic exposure, start by determining the natural offsets across businesses to ensure that hedging activities don’t actually increase it. Typically, the critical task of identifying and aggregating exposure to risk on a company-wide basis involves compiling a global risk “book” (similar to those used by financial and other trading institutions) to see the big picture—the different elements of risk—on a consistent basis.

Many risk managers underestimate the true cost of hedging, typically focusing only on the direct transactional costs, such as bid–ask spreads and broker fees. These components are often only a small portion of total hedge costs (Exhibit 1), leaving out indirect ones, which can be the largest portion of the total. As a result, the cost of many hedging programs far exceeds their benefit.

Direct costs account for only a fraction of the total cost of hedging.

Two kinds of indirect costs are worth discussing: the opportunity cost of holding margin capital and lost upside. First, when a company enters into some financial-hedging arrangements, it often must hold additional capital on its balance sheet against potential future obligations. This requirement ties up significant capital that might have been better applied to other projects, creating an opportunity cost that managers often overlook. A natural-gas producer that hedges its entire annual production output, valued at $3 billion in sales, for example, would be required to hold or post capital of around $1 billion, since gas prices can fluctuate up to 30 to 35 percent in a given year. At a 6 percent interest rate, the cost of holding or posting margin capital translates to $60 million per year.

Another indirect cost is lost upside. When the probability that prices will move favorably (rise, for example) is higher than the probability that they’ll move unfavorably (fall, for example), hedging to lock in current prices can cost more in forgone upside than the value of the downside protection. This cost depends on an organization’s view of commodity price floors and ceilings. A large independent natural-gas producer, for example, was evaluating a hedge for its production during the coming two years. The price of natural gas in the futures markets was $5.50 per million British thermal units (BTUs). The company’s fundamental perspective was that gas prices in the next two years would stay within a range of $5.00 to $8.00 per million BTUs. By hedging production at $5.50 per million BTUs, the company protected itself from only a $0.50 decline in prices and gave up a potential upside of $2.50 if prices rose to $8.00.

Hedge only what matters

Companies should hedge only exposures that pose a material risk to their financial health or threaten their strategic plans. Yet too often we find that companies (under pressure from the capital markets) or individual business units (under pressure from management to provide earnings certainty) adopt hedging programs that create little or no value for shareholders. An integrated aluminum company, for example, hedged its exposure to crude oil and natural gas for years, even though they had a very limited impact on its overall margins. Yet it did not hedge its exposure to aluminum, which drove more than 75 percent of margin volatility. Large conglomerates are particularly susceptible to this problem when individual business units hedge to protect their performance against risks that are immaterial at a portfolio level. Hedging these smaller exposures affects a company’s risk profile only marginally—and isn’t worth the management time and focus they require.

To determine whether exposure to a given risk is material, it is important to understand whether a company’s cash flows are adequate for its cash needs. Most managers base their assessments of cash flows on scenarios without considering how likely those scenarios are. This approach would help managers evaluate a company’s financial resilience if those scenarios came to pass, but it doesn’t determine how material certain risks are to the financial health of the company or how susceptible it is to financial distress. That assessment would require managers to develop a profile of probable cash flows—a profile that reflects a company-wide calculation of risk exposures and sources of cash. Managers should then compare the company’s cash needs (starting with the least discretionary and moving to the most discretionary) with the cash flow profile to quantify the likelihood of a cash shortfall. They should also be sure to conduct this analysis at the portfolio level to account for the diversification of risks across different business lines.

Companies should develop a profile of probable cash flows—a profile that reflects a company-wide calculation of risk exposures and sources of cash.

A high probability of a cash shortfall given nondiscretionary cash requirements, such as debt obligations or maintenance capital expenditures, indicates a high risk of financial distress. Companies in this position should take aggressive steps, including hedging, to mitigate risk. If, on the other hand, a company finds that it can finance its strategic plans with a high degree of certainty even without hedging, it should avoid (or unwind) an expensive hedging program.

An effective risk-management program often includes a combination of financial hedges and nonfinancial levers to alleviate risk. Yet few companies fully explore alternatives to financial hedging, which include commercial or operational tactics that can reduce risks more effectively and inexpensively. Among them: contracting decisions that pass risk through to a counterparty; strategic moves, such as vertical integration; and operational changes, such as revising product specifications, shutting down manufacturing facilities when input costs peak, or holding additional cash reserves. Companies should test the effectiveness of different risk mitigation strategies by quantitatively comparing the total cost of each approach with the benefits.

The complexity of day-to-day hedging in commodities can easily overwhelm its logic and value. To avoid such problems, a broad strategic perspective and a commonsense analysis are often good places to start.