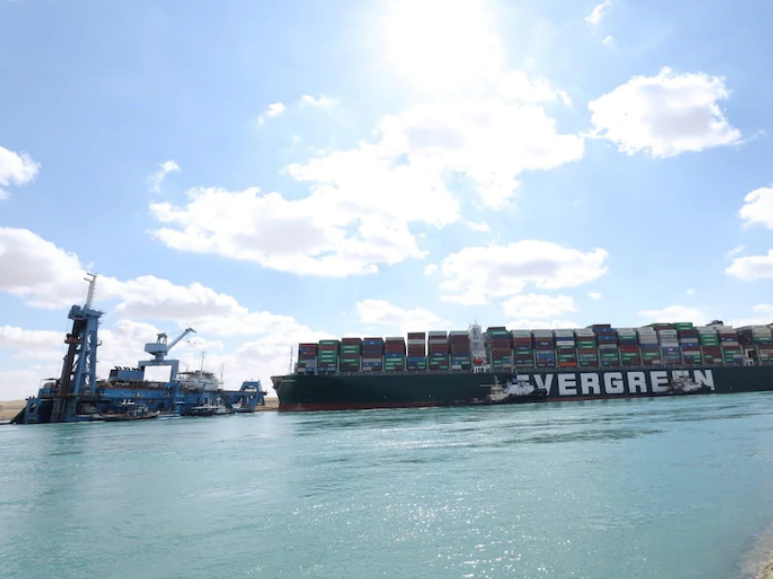 A massive container ship stuck in the Suez Canal has been refloated, Bloomberg News reported, citing shipping services provider Inchcape. Inchcape said in a tweet the boat is now being “secured.”

The Ever Given had been stuck sideways across Egypt’s canal since Tuesday, clogging a vital artery for the global economy and forcing multiple ships to turn around and reroute through Africa.

Tugboats are now working on straitening the vessel’s course so it can continue moving up the canal, the Wall Street Journal reported.

“It is good news,” Osama Rabie, chairman of the Suez Canal Authority, told The Journal. “We are not finished yet, but it has moved.”

It’s unclear how soon the canal would be opened up to the hundreds of ships that are stuck waiting for it to clear.

The 1,300 foot-long cargo ship, one of the world’s largest, became wedged in the Suez Canal early Tuesday morning. Egyptian officials initially blamed the weather, including strong winds and a dust storm. But on Saturday, officials said the logjam could be the result of “technical or human errors.”

The nearly six-day blockage forced some ships to take a costly, dangerous detour thousands of miles around the southern tip of Africa, and was reportedly costing the global economy $400 million an hour in delayed goods.

Tugboats and dredgers had been working to free the ship for days with little success.

In video shared on Twitter, boats could be heard honking after the ship was freed. Another clip appeared to show the ship moving again as the sun was rising.