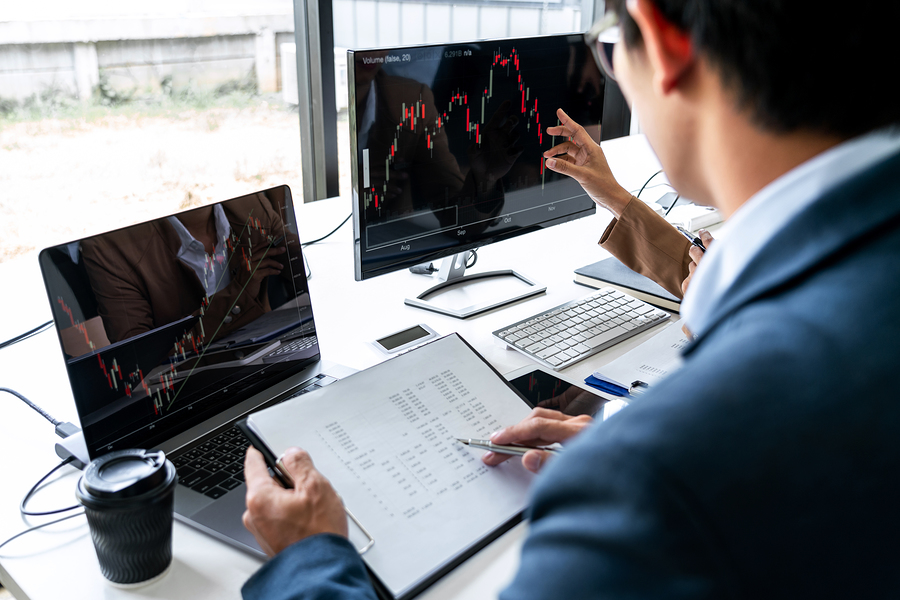 Weakness is hounding equities this morning, but the damage isn’t widespread. In fact, my carefully curated list of 17 potential bullish ideas for the new week only has seven tickers in the red. The other ten are solidly in the green, which suggests bears still lack teeth here. As such, we’re going to stick with long ideas for this week’s edition of my top stock trades.

I’m following my preferred course of diversified offerings. Fortunately, there’s no shortage of strong sectors and industries to choose from. From a pattern perspective, two of my picks offer breakouts and the third just formed a retracement, or buy the dip setup. Their daily charts deserve attention, but the weekly time frame backs up my bullish bias.

Let’s take a closer look at each chart, and identify an options trade to capitalize.

Snap stock has been on fire for the past two quarters, and the catalyst is obvious: better-than-expected earnings. Its share price has more than doubled from under $30 to over $60. Every dip has been bought, and every breakout chased along the way, giving it a fantastic track record of rewarding trend followers.

Since exploding higher following its Feb. 4 report, SNAP stock has been basing sideways in a narrow high base. Friday’s high volume ramp signaled the consolidation was ending and a new advance beginning. With earnings in the rearview mirror, implied volatility has dropped to the bottom end of its range, making options premiums cheap.

Semiconductor stocks have been smoking hot. The recent chip shortage has only served to accelerate their ascent. Most came through earnings with uptrends intact. A select few have skyrocketed in the days since. Amkor Technology is one of them. Volume during the rally was jaw-dropping, eclipsing 27 million shares. Its typical average daily volume is less than 2 million.

Needless to say, everyone piled in. The mass adoption suggests future dips will be shallow and short-lived. Last week’s three-day retreat is the first such pullback buy opportunity we’ve seen since the melt-up. It’s a retracement begging to be bought.

Friday’s gain cleared the previous day’s high, signaling the next advance has begun. Implied volatility is high enough at the 36th percentile that you could sell puts if you wanted a higher probability of profit. In light of the aggressive trend, however, I’m suggesting a long call spread.

Carnival rounds out today’s top stock trades with a beautiful breakout. The $25 level has proven impenetrable ever since March’s meltdown. It has been a graveyard in the sky, where rallies go to die. Spectators waiting for the long-term trend to finally shift higher have pegged $25 as the line in the sand that must be crossed.

And, well, we just crossed it in a big way.

This morning’s 9% pop signals just how enthusiastic traders are about the fact that prices have finally breached the ceiling. What’s more, the gains are coming on a day where all the major market indexes are in the red. That’s some relative strength!

If there’s one thing we’ve learned over the past year, it’s that once Wall Street starts pricing in recovery, they stick with it. While CCL stock is bound to have pullbacks along the way, this is a weekly breakout pattern you shouldn’t ignore.

On the date of publication, Tyler Craig held LONG positions in CCL.